Mental Block is an interactive work of art that I (George van den Driessche) designed and built for Nowhere 2013. Its seven pieces can be assembled into a 1.2m cube, or into a multitude of other shapes. There are ten large square images hidden in the work; each can be revealed by building a cube in a different way. The seven pieces are also a good size for sitting on! 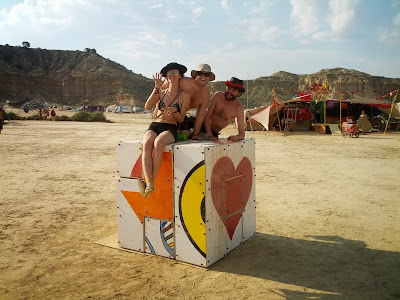 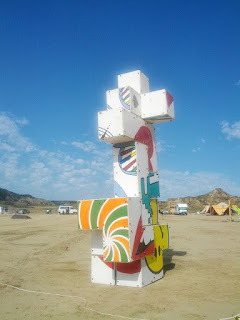 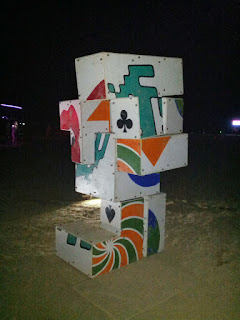 The full photo album from the event is here.

The project was carried out in my spare time. Overall, it involved about six months of programming, planning and modelling, followed by three months of construction. 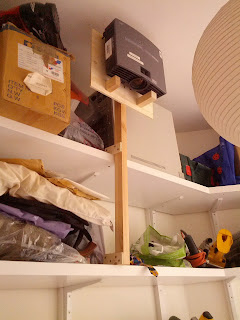 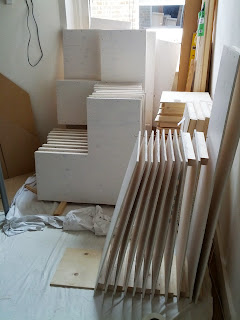 Things that didn't work so well